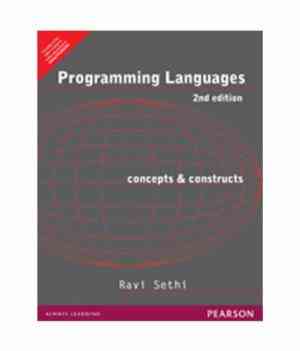 Seller: BookChor
Dispatch Time : 1-3 working days
The second edition of Programming Languages Concepts & Constructs retains the character of the original emphasizing concepts and how they work together. This book has been thoroughly revised and updated to stay current with advances in programming languages. With an excellent exposition, the core concepts of imperative programming in languages like C flows smoothly into object-oriented programming in C++ and Smalltalk. The charm of functional languages is illustrated by the Scheme dialect of Lisp while logic programming is introduced using Prolog. Novices, who have been introduced to programming in some language, will learn to create simple programs and utilize the power of each language, while designers and implementers will be exposed to major programming paradigmsTable of Contents: Preface INTRODUCTION The Role of Programming Languages Language Description: Syntactic Structure IMPERATIVE PROGRAMMING Statements: Structured Programming Types: Data Representation Procedure Activations OBJECT-ORIENTED PROGRAMMING Groupings of Data and Operations Object-Oriented Programming FUNCTIONAL PROGRAMMING Elements of Functional Programming Functional Programming in a Typed Language Functional Programming with Lists OTHER PARADIGMS An Introduction to Concurrent Programming LANGUAGE DESCRIPTION Semantic Methods Static Types and the Lambda Calculus A Look at Some Languages Bibliography Credits Index