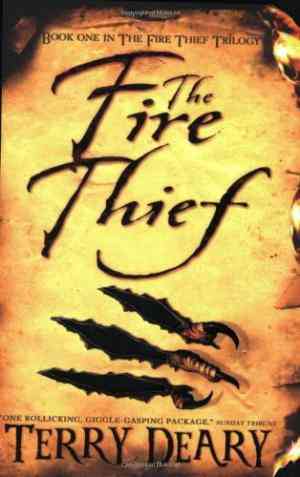 Full of wry puns, wisecracking gods and sarcastic footnotes, The Fire Thief weaves history and mythology together with a roguish cast of characters and Terry Dearys irreverent comic voice. On the run, the Greek god Prometheus travels through time and hides out in Victorian Eden City, where he befriends a cheeky orphan named Jim. Paperback , 256 pages Published April 7th 2008 by Kingfisher (first published October 15th 2005)