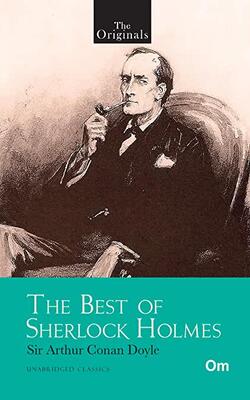 THE ORIGINALS THE BEST OF SHERLOCK HOLMES (UNABRIDGED CLASSICS)

Seller: BookChor
Dispatch Time : 1-3 working days
The Best of Sherlock Homes 221B Baker Street is home to the matchless sleuth Sherlock Holmes, who solves the most intriguing, puzzling, and dreadful mysteries along with his competent sidekick and biographer Dr. Watson. Doyles Sherlock Holmes stories have been adapted to film, theatre, television, and radio many times over the years and have led to Holmes becoming a British cultural icon. The Best of Sherlock Holmes contains the finest Sherlock Holmes short stories ever written such as 'The Man with the Twisted Lip, 'The Adventure of the Bruce-Partington Plans, and 'The Adventure of Silver Blaze. It also contains Sir Arthur