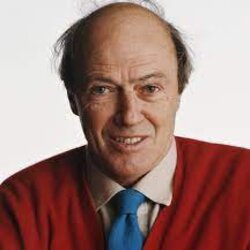 Dahls first published work, inspired by a meeting with C. S. Forester, was Shot Down Over Libya. Today the story is published as A Piece of Cake. The story, about his wartime adventures, was bought by the Saturday Evening Post for $900, and propelled him into a career as a writer. Its title was inspired by a highly inaccurate and sensationalized article about the crash that blinded him, which claimed he had been shot down instead of simply having to land because of low fuel.

His first childrens book was The Gremlins, about mischievous little creatures that were part of RAF folklore. The book was commissioned by Walt Disney for a film that was never made, and published in 1943. Dahl went on to create some of the best-loved childrens stories of the 20th century, such as Charlie and the Chocolate Factory, Matilda and James and the Giant Peach.

He also had a successful parallel career as the writer of macabre adult short stories, usually with a dark sense of humour and a surprise ending. Many were originally written for American magazines such as Ladies Home Journal, Harpers, Playboy and The New Yorker, then subsequently collected by Dahl into anthologies, gaining world-wide acclaim. Dahl wrote more than 60 short stories and they have appeared in numerous collections, some only being published in book form after his death. His stories also brought him three Edgar Awards: in 1954, for the collection Someone Like You; in 1959, for the story The Landlady; and in 1980, for the episode of Tales of the Unexpected based on Skin.Read Less