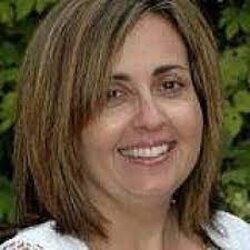 Narinder Dhami was born in Wolverhampton, England on November 15, 1958. She received a degree in English from Birmingham University in 1980. After having taught in primary and secondary schools for several years she began to write full-time. Dhami has published many retellings of popular Disney stories and wrote the Animal Stars and Babes series, the latter about young British girls of Asian origin. She lives in Cambridge, England with her husband and cats.

Sue Bentley was born in Northampton, England. She worked in a library after completing her education and began writing for children once her own began school. Bentley is the author of the Magic Kitten, Magic Puppy, and S Club series and lives in Northamptonshire.

Linda Chapman has written over 50 childrens fiction books, including the following series: My Secret Unicorn, Stardust, Not Quite a Mermaid, and Unicorn School. She lives in Leicestershire with her husband and daughters.

Sue Mongredien was born in 1970 and grew up in Nottingham, England. She has published over 100 childrens books, including the following series: The Adventures of Captain Pugwash, The Magic Key, Frightful Families, and Oliver Moon. She has also contributed many titles to the Sleepover Club series and written picture books. Mongredien created the Royal Ballet School Diaries under the pen name Alexandra Moss. She lives with her family in Bath, England.
Read Less